SODIUM DIMETHYLDITHIOCARBAMATE (SDDC) is one of the important dialkyl dithiocarbamates.

SDDC is one of the important dialkyl dithiocarbamates, so it has the general characteristics of salt, can produce a series of other metal salts, and has a wide range of social uses.

For example, it can be used as a terminator and vulcanization accelerator in the rubber industry, bactericide and algicide in industrial water treatment, petroleum and papermaking industries, pesticide production in agriculture, and mineral processing agent in the mining industry.

In industry, Sodium dimethyl dithiocarbamate is used as an accelerator and curing agent of natural rubber, synthetic rubber, and latex, and as an additive of lubricating oil in oil processing. It can also be used as an anti-mildew agent for lacquer cloth, which can replace the high toxic anti-mildew agent high mercuric chloride.

SDDC is a protective fungicide in agriculture.

Sodium dimethyl dithiocarbamate is used for leaf spraying, seed treatment, soil treatment, and prevention and control of grain smut, the seedling blight of many crops, fruit trees, vegetables, wheat, and other diseases.

SDDC can also be used as a repellent for beetles, rats, rabbits, and deer. SDDC is a disinfectant and bactericide, which can be made into 1% medicated soap for use.

SDDC is also used as a polymerization terminator of styrene-butadiene rubber. Rubber accelerator TMTD and pesticide thiram are intermediates.

Solid SDDC shall be tightly wrapped with black polyethylene tape inside and packed with inner polypropylene woven bag outside.

It shall not be stored in iron containers.

Store in a cool and dry place to prevent moisture and heat.

Handle with care and do not damage the package.

SDDC is stable in an alkaline medium.

It decomposes in case of acidic substances and high temperatures.

It is easy to form a dimer in contact with oxygen and its quality decreases. It should be sealed and stored.

Mixing process: under the condition of continuous stirring, 33% dimethylamine is pumped into the reactor containing alkali mother liquor at an approximately constant rate, and the temperature is controlled below 25 ℃.

Synthesis process: under the condition of continuous stirring, the prepared carbon disulfide is slowly dropped into the reactor containing the mixture of dimethylamine and alkali mother liquor through the metering tank.

The temperature of this process is controlled below 35 ℃.

After the addition of carbon disulfide, the reactor is stirred for half an hour.

After the reaction is complete, the temperature is reduced to about 20 ℃.

Packaging process: pour the sodium Fumei in the silo into the automatic packaging machine, set the specifications for automatic packaging, and the conveyor belt will send the packaged finished products to the stacker for automatic stacking, which can be stacked for multiple layers, then push out, and finally transport them to the warehouse by forklift for storage.

The role of nitrogen is mainly to maintain the pressure balance of the container and prevent the blockage of the feed inlet.

*We will monitor the logistics information in real-time and will share the information with you.

4. For high-value products, please choose air and express to ensure the safety of the products.

How to confirm whether the product quality meets our needs before placing an order? 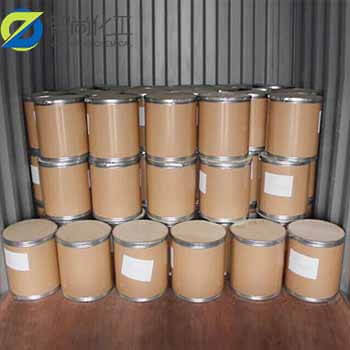 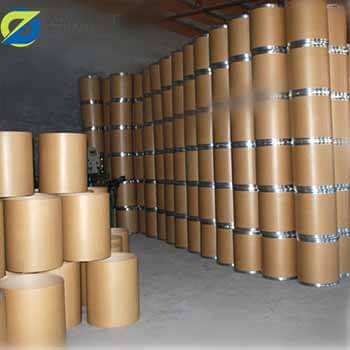 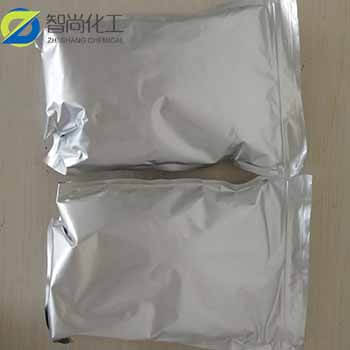