The continued blockage of the Suez Canal after the ship ran aground looks set to further tighten the already stretched chemicals value chain.

Attempts to free the 400-metre container ship have so far largely failed. Maritime services company GAC said on Wednesday, citing feedback from the Suez Canal Authority, that the container ship had been refloated but was still wedged lengthways.

The material disruption of this key trade route could exacerbate tensions in already beleaguered markets for chemicals such as polyolefin.

“The Suez incident just added fuel to the fire.” “Said a polyethylene processor.

Not all markets will be affected — only one tanker of synthetic ammonia passes through the route every six weeks — but the situation could exacerbate the already strained value chain for commodity chemicals.

Any disruption to the Suez Canal, a key conduit for crude oil, chemicals and refined products from the Middle East and Asia-Pacific region to Europe and North America, would be a major bottleneck for trade at a time when shipping routes have been severely disrupted.

Thirteen ships have been allowed to sail from Port Said, north of the blockade, in the hope that the Changci will be free by the time it reaches the 151km where it is currently stranded.

Authorities have drawn up contingency plans to dock the boats in holding areas if the blockage remains when they reach the bitter lake, a sign that authorities are not ruling out a lengthy rescue process.

Boskalis, a Dutch dredging expert, has been brought in to help with the work. Efforts so far have focused on trying to clear sand from where the Changci ran aground, as well as trying to tow it away with a tugboat. 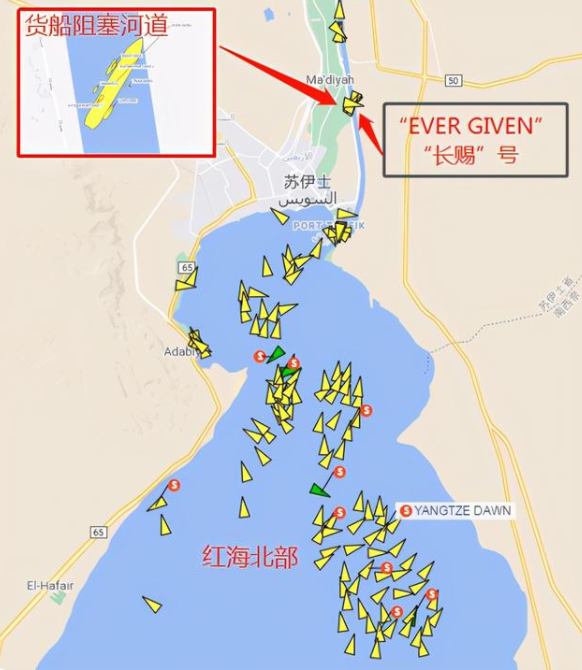 Boskalis Chief Executive Peter Berdowsi told media on Thursday that the ship, which weighs around 200,000 tons, could be stranded for several weeks and containers may need to be unloaded from the vessel to lighten the load, a lengthy process in the absence of port infrastructure.

Sources said the tide was currently rising 10 centimeters a day, which would help the ship out, but it could take several days for the water level to rise fully.

Even if the Changci succeeds on Wednesday, shipments of chemicals from Asia and the Middle East to Europe and North America will be delayed for several days.

According to one source, those delays could extend to 10 days if the ship stays grounded until the weekend, and the longer it stays grounded, the worse it gets.

Traders could consider rescheduling shipments via the Cape of Good Hope in South Africa, but this would greatly increase delivery times. As a result, traders will have to choose between “delaying shipments until the Suez Canal is open” and “shipping products along more circuitous routes”.

At an average cruising speed of 13 knots an hour, the new route from Jubail, Saudi Arabia, to Rotterdam, the Netherlands, will take 36 days, almost double the original 20 days, according to an estimate by one shipping source.