Glyoxal is mainly used in the textile industry. As a fiber treatment agent, it can increase the shrinkage and wrinkle resistance of cotton, nylon and other fibers. It is a durable pressing finishing agent. In Japan, this use hold about 80% of the total consumption of glyoxal. Glyoxal is an insoluble binder such as gelatin, animal glue, cheese, polyvinyl alcohol and starch. Glyoxal is also used in the leather industry and for making waterproof matches. Glyoxal is a raw material for organic synthesis. 2D-resin is obtained by heating and condensing acetaldehyde, urea and formaldehyde in the presence of sodium carbonate, which is used as fabric finishing agent; glyoxal reacts with formaldehyde and ammonium sulfate to synthesize imidazole cyclically, and then synthesize antifungal drug like Imidazole such as clotrimazole, Miconazole, etc.; Glyoxal and o-phenylenediamine cyclization to obtain quinoxaline: it is an intermediate of the anti-tuberculosis drug pyrazinamide. Hydroxyphenyl acetic acid produced from glyoxal has been industrially produced in Japan and used as an intermediate for antibiotics and vitamin A series products. Glyoxal is also used in the synthesis of berberine hydrochloride and the sulfalen drug like sulfamethoxazine. Also used in insecticides, deodorants, corpse preservatives, sand curing agents. 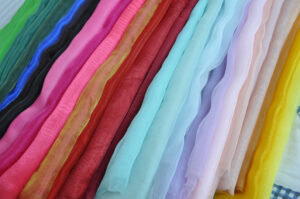 In the perfume industry, it is used as a raw material for the production of Veratraldehyde and ethyl vanillin. In the pharmaceutical industry, it is used in the synthesis of antihypertensive drugs atenolol, D-p-hydroxyphenylglycine, broad-spectrum antibiotics, amoxicillin (oral), acetophenone, amino acids and other compounds Intermediates are used as intermediates for varnish raw materials, dyes, plastics and agricultural chemicals. They can also be used for the production of capsules. Allantoin is an intermediate for anti-ulcer pharmaceutical products and daily chemicals.